"The path to human atrocity begins by dehumanizing the victim. "

In the face of overwhelming evidence to the contrary, there are those in this generation that deny the Holocaust ever happened, and even claim reporting to be a deliberate and massive hoax. This has been true of every genocide throughout history, even to the point where it can take the world 100 years to agree that attempt tat mass extermination of human beings were, indeed, genocide.

Edmund Burke, George Santayana and Winston Churchill have all remind us that, "Those who cannot remember the past are condemned to repeat it." Just about every country has experienced one or more genocides in its history, Almost universally initiated by the powerful intolerant few. These include, but are certainly not limited to, the displacement and murder of indigenous peoples, (Native Americans and Australian Aborigines), scapegoating (Jews in Russia and Germany) to accumulate and consolidate power at the cost of the weak, and religious persecution (Spanish Moors). Yet, our children are raised without sufficient knowledge of these horrible deeds.

They have not been armed with the awareness and means to recognize and fight against these affronts to human dignity, whether it be hate speech painted on the walls of churches, synagogues, or mosques, or violence against those who differ racially, sexually, in ableness, in appearance, by religion, language, nationality, and so many more attributes.
Hatred, genocides, and holocausts are only possible with the dehumanizing contempt bred by manipulating ignorance. Forcibly branding hum,ans with registration tattoos was a tool not just for Nazi efficiency, but to re-enforce supremacy over the many people sent to and killed in concentration camps in Europe. in front of the eyes of the world. In an era that lacked today's pervasive media sharing, convenient ignorance allowed the worlds leaders to turn their backs on these crimes against all of us until it was no longer politically expedient to do so. Providing tools and knowledge to sustainably battle against the rise of hate built on manipulation and ignorance, Voices for Truth and Humanity advocates for a comprehensive curriculum on the Holocaust and all genocides in our schools.

Participation in the #NeverAgainChallenge is your chance to spread awareness that there is work to be done and people who are doing it, to show that we have the knowledge and the willpower to stop hate, intolerance, and all supremacy movements in their tracks

Want to make people aware? Film Yourself writing #NeverAgain and post it to social media and tag us and your friends! www.Voices4th.org

Thank you,
Voice for Truth and Humanity

Today, the Empire State Building shines yellow in honor of Holocaust Remembrance Day. Let us take a moment to remember the six million Jews and countless others who suffered during the atrocities of the Holocaust. We must never forget and always stand against hate and intolerance.


Voices In The News

Find Voices for Truth and Humanity in your local or national news!
Learn More

Find out about the current events we are either hosting or presenting in.
Learn More

Find out about what it exactly mean to be a voice for truth and humanity.
Learn More

Click here to watch our most recent videos from our events.
Learn More

Find out about the current events we are either hosting or presenting in.
Learn More 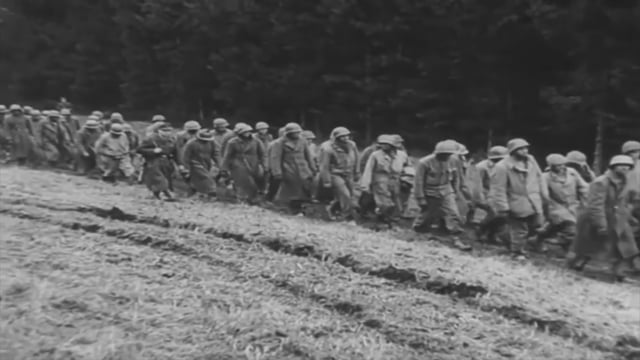 Following the Footsteps of My Father

December 1944 – The Ardennes, The Battle of the Bulge – The 106th Infantry Division landed in France some ninety days after D-Day. The division, which consisted of the 422nd, 423rd, and 424th Regiments, began an arduous journey by truck across France and Belgium. The winter of 1944 was brutal – it was cold and wet. The 106th Division reached the Schnee Eifel area in eastern Belgium near the German border by December 10, 1944, and took up their positions, with the 422nd Regiment taking up a forward position. On December 16, 1944, the 422nd was attacked by the Germans as part of their counter offensive, which became known as the Battle of the Bulge. The Regiment was quickly cut off and surrounded. In the afternoon of December 19, 1944, Colonel Deacheneaux, Commander of the 422nd Regiment, decided to surrender. Parts of the Regiment, including Headquarters Company, in which Master Sgt. Roddie Edmonds served, were captured by the Germans later that day.

The Germans captured more than 20,000 GIs during the Battle of the Bulge. The men of the 422nd Regiment were marched some fifty kilometers to Gerolstein, Germany where they were loaded into box cars, 60 to 70 men per car, with virtually no food or water. They spent four days and nights traveling to Stalag IXB in Bad Orb, Germany, arriving on Christmas Day. After several weeks in Bad Orb, the American POWs were divided into three groups – officers, non-commissioned officers (NCOs), and enlisted men. The NCOs were taken to Stalag IXA in Ziegenhain. There were 1,292 men in this group.

The highest ranking NCO was Master Sgt. Roddie Edmonds from Knoxville, Tennessee. Upon their arrival in Ziegenhain, the commandant of Stalag IXA, Major Siegmann, ordered all Jewish POWs to present themselves the next morning. Master Sgt. Edmonds ordered all 1,292 American POWs to stand in formation outside of their barracks.

The next day, when Major Siegmann saw that all 1,292 GIs were standing in front of their barracks, enraged he turned to Edmonds and demanded: “They cannot all be Jews!” To this, Master Sgt. Edmonds said, “We are all Jews here.” Siegmann immediately drew his pistol and pressed it into Edmonds’s forehead. Roddie Edmonds did not back down and replied: “According to the Geneva Convention, we only have to give our name, rank and serial number. If you shoot me, you will have to shoot all of us, and when we win this war you will be tried for war crimes.” Siegmann turned around and left. There were 200 Jewish GIs among the 1,292 American POWs. This act by Master Sgt. Edmonds saved the lives of these 200 Jewish GIs.

Master Sgt. Roddie Edmonds died in 1985. He was the fifth American to be recognized by Yad Vashem as a Righteous Among the Nations.

On Monday, November 28, 2016, The Jewish Foundation for the Righteous (JFR) honored Master Sgt. Roddie Edmonds with the Yehi Or Award – “Let There Be Light” and recognized Jewish GIs saved by Master Sgt. Edmonds.

Our mission is to promote the education of the Holocaust, slavery, and all genocides in
public schools throughout the U.S.
A Message From The President

Voices for Truth & Humanity, Inc. is a registered 501c3 not for profit organization agency
with it's main headquarters located in New York.